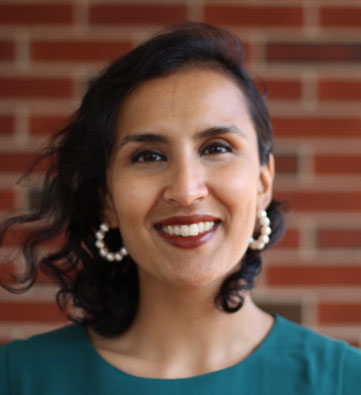 Eela is a co-founder at EduFund, India’s first dedicated investment advisory app for higher education. An NYU alumnus, Eela began her career working at a systematic hedge fund to gain exposure to financial markets before moving to India. EduFund was born out of Eela’s personal struggles financing her own education and her vision of how financial technology could reduce this burden for future students. With the help of its strategic partners and investors such as ViewTrade Holding Corp., the EduFund app gives parents an opportunity to build nest-eggs by investing in Indian markets and abroad.

We’ve all heard the famous quote “an investment in knowledge pays the best interest.” For many, this equates to an investment in one’s education, which can lead to unparalleled learning opportunities both within and outside of the four walls of a classroom. A college education can further amplify this by giving students exposure to world-class faculty, access to diverse peer groups, and prospective job opportunities. And for many across the globe, a quality college education has become a means to economic mobility.

While all these points and more make for a compelling reason to get a college degree, an often uncompelling reality of university is bourgeoning tuition fees. Today, the cost of education inflation stands higher than household inflation in many countries, leaving both parents and students with a very basic question “how am I going to afford this?” In the United States, for example, the average increase in tuition fees over the last 20 years has stood at 4.4% per year (approximately). The United States is not alone–in India, where the per capita income is just $1,900, tuition fees at colleges have increased between 8-10% a year.

The United States, which is home to some of the most advanced financial markets in the world, was quick to realize the burden many college going students and their parents faced. The solution was to encourage parents to invest in market portfolios, which were age weighted, and provide certain tax deductions on the gains. And voila, the 529 plan was born, which today has amassed over $450 billion dollars in assets. The marriage of technology and finance “fintech” has further helped to perpetuate awareness around this goal. Fintechs in the wealth and robo-advisory space almost always have education savings as a goal in their platform. Some apps are also wholly dedicated to child investments as their overarching unique selling proposition.

While the 529, and its fintech counterparts, may seem rudimentary to those working in American markets, they are luxuries that many countries across the globe still do not have today. I realized this when I began my own journey working in Indian financial markets in 2018. Working in the wealth management space in India, I soon realized that education savings was an underappreciated and poorly planned goal amongst parents. For a country that had such incredible academic aptitude, why were parents not educating themselves around the exorbitant costs of their child’s college education? They would spend hundreds of dollars on coding classes only to be shocked at the price tag of a degree later. And if they did save, why were they parking their money in illiquid asset classes such as land? Why wasn’t there a simple solution to help them plan their finances better?

Education always struck a personal chord for me. I was fortunate enough to receive a world-class education from NYU. But this did not come without its fair share of challenges. A $250,000 education was beyond the means of my parents. And though they committed to helping me as much as they could, a $250,000 education also meant taking out loans and having to work my way throughout college. This experience made me appreciate the hard-earned value of a dollar, but at the same time made me extremely cognizant of my debts. The most impressionable learnings are those that we have through our own experiences, and this was certainly one of them.

From 2018 to 2020, my co-founder, Arindam Sengupta, and I had the opportunity to interact with hundreds of parents. Through these interactions I learned that so many parents mirrored my own: that awestruck moment of receiving a tuition bill to send their child to a university abroad mimicked what I remember of my father’s reaction. It was obvious that there was massive scope for an education savings solution in a country like India. But the question was how?

According to the government of India, out of the 2,100 fintech firms that exist 67% of them have been set up in the last 5 years. If we zoom in a bit closer and look at the wealth-tech space, roughly 3.5% of India’s 1.3 billion people invest in equity markets. Some sources even estimate that the total number of equity accounts opened in the last year equal the sum of the last five years. While reflecting on this data two things stand out:

Realizing the major role that technology could play, it was clear that there was massive opportunity to build a savings platform vis-à-vis a mobile app. Cue EduFund; EduFund is India’s first dedicated investment advisory app for education. Our intent is to reduce as many jaw-dropping moments of surprise at tuition bills and arm parents with knowledge on costs that they need to prepare for. We do this through a college calculator, which predicts tuition fees in the future by adjusting for inflation, and currency devaluation. The app also creates customized portfolios based on how much a parent needs to save, their risk, and the child’s age. Like the 529, these portfolios are age weighted and regularly rebalanced to help parents meet their target goal.

Indian parents have historically invested in asset classes such as real estate, gold, and fixed deposits. While these investments may be advantageous in their own right, education is a defined event that requires a return to match its increasing costs. The sale of land is not a defined event, gold can be illiquid, and some fixed deposits are yielding rates less than inflation. In our view, equities, such as direct mutual funds, provide more scope for education-related investments. Direct mutual funds have no commission fees attached to them and have the potential to earn 1% more than their commission-based mutual funds, colloquially known as “regular plans”. The intention is to help parents get more money in their hands to confidently reach their savings goal.

However, EduFund not only focuses on equities in the local Indian market but also in the United States. Parents who aspire to send their children abroad are plagued by the devaluation of the rupee. They are disadvantaged by the relatively lower purchasing power of their local currency, which forces them to pay more in foreign tuition fees over time. To reduce this burden, we once again turned to technology; technology has not only democratized access to investing but has done this while breaking down borders between countries.

The advanced turnkey solution by ViewTrade Securities, Inc. and Obris Systems, Inc. (subsidiaries of ViewTrade Holding Corp.) have allowed parents who use EduFund to invest directly in U.S. equity markets from the comfort of their homes in India. Under the liberalized remittance scheme (LRS) in India, parents are legally allowed to remit $250,000 abroad for the purpose of education, travel, and even investments.

ViewTrade Securities has made it possible for parents to diversify their portfolio seamlessly through the EduFund app within a matter of minutes. Our philosophy is if you’re going to spend in dollars, why not invest in dollars too?

Let's see how we can work together